Trip for couples on Valentine Day | Tours to Georgia

Trip for couples on Valentine Day 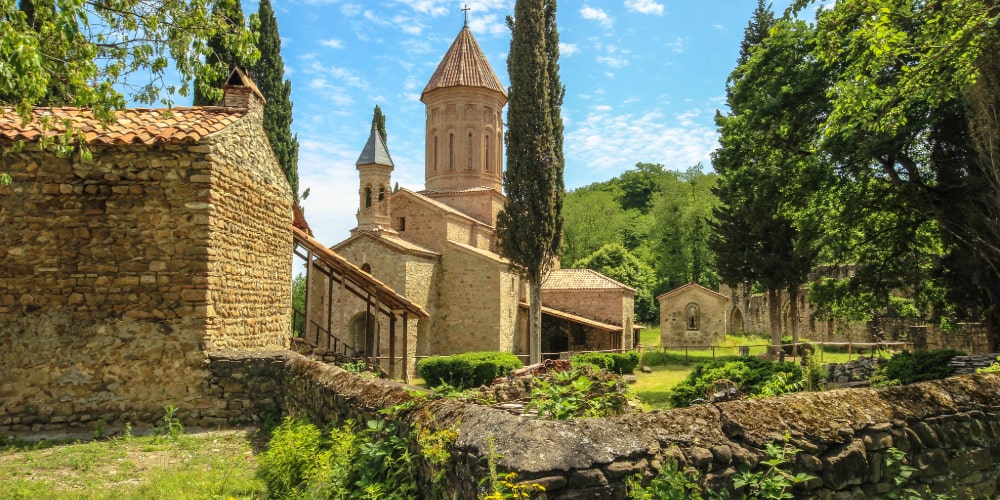 Trip for couples on Valentine Day - is the best gift for your sweetheart. Valentine's Day is a great excuse to do something special and celebrate this special day in Georgia. You will find a cultural and entertainment program in a country, known to the world for its rich historical heritage and Christian traditions. Valentine's Day in Georgia will definitely be remembered for a lifetime. The romantic atmosphere of old Tbilisi, a walk through the beautiful city Sighnaghi, an amazing acquaintance with Batumi and much more.

Romantic declarations of love are one of the best parts of our romantic tour. Romantic tours to Georgia are becoming more and more popular every year. In our sightseeing tour, we have chosen for you all the most interesting sights of Georgia.

If you haven’t planned anything romantic yet and are running out of time, we have a few ideas to help you impress your partner by sweeping them away for a last-minute getaway. Hurry to get acquainted with the most interesting options on our website. Our team will promptly calculate you a tour to Georgia of any duration and for any dates. We choose the best and all the most interesting for our guests.

Excursion program of tour "Trip for couples on Valentine Day"

Arrival and Meeting in Tbilisi airport.
Transfer to the hotel. Check in.

Day 2
Breakfast in the hotel. Mtskheta and Tbilisi city tour:

Dinner in restaurant (for additional fee). Way back to Tbilisi.

Hospitable and warmly welcoming Tbilisi opens its doors for guests. Tbilisi delights the eye and make fall in love with its ancient churches and monasteries, narrow streets and hospitable hosts. Impossible not to fall in love with the city, opening its heart from every top, shows it’s most secret sights.

Day 3
Breakfast in the hotel. Moving in Signakhi city of love is located in Kakheti region, which is consider as a wine region. Signakhi is surrounded by defensive wall with watchtower from you can enjoy fantastic views of the Alazani Valley covered with vineyards and mountain peaks. 2 km far from Signakhi is situated Bodbe monastery, where rest reliquiae of representative of the Enlightenment, equal to the Apostles Nino famous among tourists and pilgrims. Straight after excursion we will head off to wine tasting and dinner.
Return to Tbilisi. Overnight in the hotel in Tbilisi.

Day 4
Breakfast in the hotel. Check out. Early in the morning moving to second largest city of Georgia Kutaisi. We will visit famous with its mineral water resort Borjomi on the way. You have a fresh walk with the guide in Borjomi-Kharagauli Park, where you can drink plenty of Borjomi mineral water. You can go for a ride with cable railway which reminds a bottle of mineral water “Borjomi”. An amazing view opens from the top, there is a café where you can have a rest and then to visit maidenly church of Seraphim Sarovski.

Dinner in restaurant for additional fee. Furthermore moving to Kutaisi. Check in. Walking through evening Kutaisi with guide:

Return to the hotel. Overnight in the hotel in Kutaisi.

Breakfast in the hotel. Check out. Before departure to Batumi we will visit some historical sights:

Moving to Batumi. Check in. Sightseeing tour on evening Batumi:

Self return to the hotel. Overnight in the hotel in Batumi.

Day 6
Breakfast in the hotel. You can explore the city solely or book an additional excursion for additional fee:

Day 7
Breakfast in the hotel.
Check out. Transfer to Batumi airport.
Happy flight and soft landing!
We will be glad to see you again in Georgia!

Price on a tour "Trip for couples on Valentine Day" 7 days / 6 nights. The prices are given per person.