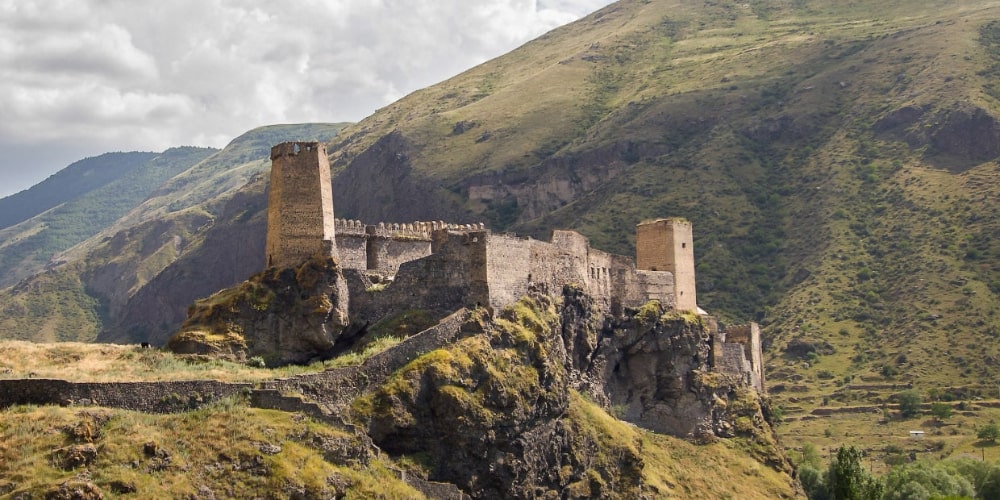 Tour to Georgia 9 days. Georgian Jew will be the best way to get acquainted with Georgia. Trips from Tbilisi all over Georgia are impressive with amazing nature, historical temples and monasteries.

The tour includes sightseeing tours around Jewish places of Georgia: synagogues in Tbilisi and Batumi, synagogue in Oni, Jewish districts, Jewish Museum, an old Jewish cemetery. Tourists will be able to drive through these places in an organized tour, hear the story. You will take a journey through the centuries-old history of the Jewish people's life in Georgian lands.

The prices do not include flight tickets for the presented here tour to Georgia. This means that you can only buy the tour itself. If you prefer to start tour from Israel, we suggest you to buy a tour to Georgia with a direct flight from Tel Aviv.

Excursion program of a Tour to Georgia 9 days. Georgian Jew

Day 1
Arrival and Meeting in Tbilisi airport.
Transfer to hotel. Check in.

Day 2
Breakfast in the hotel. Starting “Georgian Jew Inheritance” tour from tour in Tbilisi, visiting important sights since Tbilisi is place where different religions interlace and you will see mosque near to church, catholic synod or synagogue. Today you will meet not only synagogue, but with mean orthodox temples of city and mosque.

Self-return to hotel after excursion. Night in the hotel in Tbilisi.

Day 3
Breakfast in the hotel. Mtskheta Tour. Mtskheta is antique Georgia capital and ecclesiastical point, “second Jerusalem”. Widely spread that first Christians in Georgia were Jews and enlightener Saint Nino stayed in Georgian Jews family when came to our land.

Back to hotel. Night in the hotel in Tbilisi.

Day 4
Breakfast  in the hotel. Today we will leave Tbilisi and we are heading to the west. No less interesting will be our route to the east since East Part Is known with historical places too. We will visit two following stops:

Journey to Kutaisi. Night in the hotel in Kutaisi.

Day 5
Breakfast in the hotel. Kutaisi sightseeing trip tour with churches and synagogue visitation. When talking about Kutaisi willy-nilly recalling golden fleece legend and surround sights. Kutaisi suffered from raids and devastations like many other Georgian cities, nevertheless rich history and inheritance attracts many tourists.
Place to visit:

Self-return to the hotel after excursion. Night in Kutaisi Hotel.

Day 6
Breakfast in the hotel. Trip to Racha. The third large Jewish community situated namely in Oni city. Racha-Lechkhumi Region is very interesting itself as it is heaven corner, little Switzerland in Georgia. Grapes for famous “Khvanchkara wine”, Stalin’s favorite wine, are raised in Racha.
Places to visit:

Back to the hotel. Night in Kutaisi.

Check in to selected hotel and free time till evening. Walking and sightseeing excursion combined with walking in nighttime Batumi.
Places to visit:

Day 9
Breakfast in hotel
Check out. Transfer to Batumi airport
Happy flight and soft landing!
We will be glad to see you again in Georgia!

Price on Tour to Georgia 9 days. Georgian Jew. The prices are given per person.

NOTE: The program starts in Tbilisi, ends in Batumi. In case if you want to back in Tbilisi additional fee for transportation by comfortable train or bus is 20 USD.