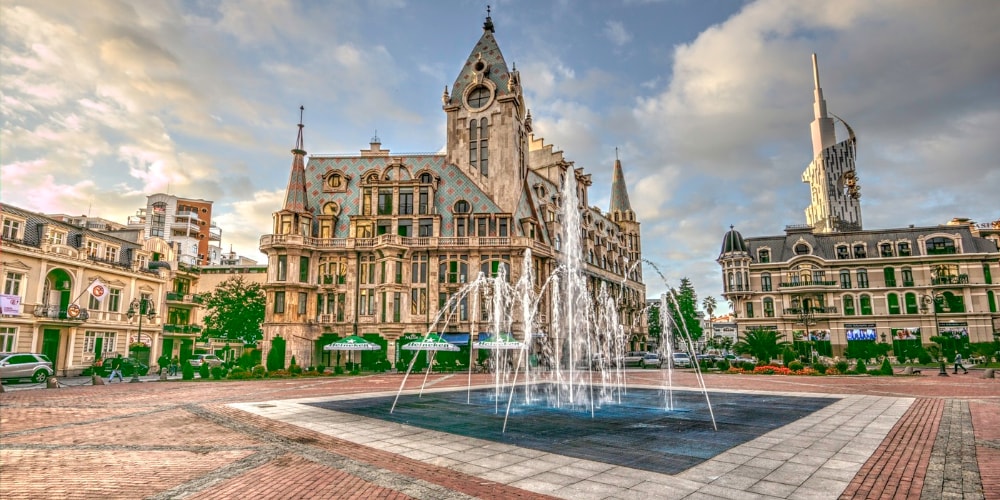 “Batumi Travel” offers 8-days group tour to Georgia with guaranteed arrival dates. On this page, you can check the schedule of group arrivals for tour in Georgia with departure from Tbilisi.

We offer weekly arrivals for groups from 6 till 14 people. Combined group tours are a good opportunity to meet Georgia and new people on the tour. A change of scenery and a short trip will give you a boost of energy, bright and pleasant emotions. Georgia is a country with an interesting history, is the birthplace of wine and ancient civilization. All dates of group tours are guaranteed, and sightseeing routes are tireless. The tour package includes group excursions to the following cities: Tbilisi, Mtskheta, Sighnaghi, Kutaisi and Batumi. Choose the days that are convenient for you and enjoy your vacation with our amazing group tour in Georgia.

A group tour is formed in advance from people who managed to apply for participation in this tour. Did you not find like-minded people among your friends, who will go with you to conquer new cities and cultural programs? We will help you with the search for travel companions - traveling in a big company is more fun and cheaper for everyone!

Excursion program of a "Group tour to Georgia"

Day 1
Arrival and Meeting in Tbilisi airport.
Transfer to the hotel. Check in
Overnight in the hotel in Tbilisi

Day 2
Breakfast in the hotel.

Self-return to the hotel after the tour. Overnight in the hotel in Tbilisi.

Day 3
Breakfast in the hotel.
Departure to the city of Love Signakhi.
The town of Signakhi stands on the mountain terraces, along which the medieval streets are climbing and descending. A huge number of historical temples and monasteries surround a small town. And at the foot of Signakhi the Alazani Valley merges with the snow-capped peaks of the Caucasus Mountains.

The first stop in Telavi – the city where Mimino lives. Before Telavi we will get through the inimitable beauty of the Gombori Pass. Tsinandali Manor is a museum of Prince Alexander Chavchavadze. We will try the nominal wine and get acquainted with the methods of Kakhetian winemaking.

Let’s take a walk on the very Signakhi – a little Italy in the heart of Georgia, which will leave in your heart the most pleasant impressions. And we will visit the Bodbe nunnery – the burial place of the Illuminator of Georgia by the holy Equal-to-the-Apostles Nino, thanks to which Georgia has become a Christian country since 319.
Overnight in the hotel in Tbilisi.

Day 4
Breakfast in day. Free day.
Overnight in the hotel in Tbilisi.

Day 5
Breakfast in the hotel. Trip to KutaisiVisiting the first capital of Georgia Mtskheta and Uplistsikhe. In Mtskheta we will visit one of main Georgian orthodox temple – Cathedral Svetitskhoveli, built on site where the first Christian church of Twelve Apostle was founded in XI century. Then follows Samtavro Church of Transfiguration complex and St. Nino nunnery; stop on the top of mountain, at confluence of Aragvi and Mtkvari, where is one of magnificent Georgian architecture monument – Jvari Monastery (translated as a cross).

After Mtskheta we will visit one of the rarest monuments all over the world – ancient Uplistsikhe cave town, carved into volcanic rocks of Kvernaki edge. First was mentioned in I century BC chronicle and reached its heyday by IX-X centuries. City fascinates with its unusual appearance.
Arrival to Kutaisi. Check in. Overnight in the hotel in Kutaisi

Day 6
Breakfast in hotel and check out. Sightseeing tour in Kutaisi. First stop:

Arrival to Batumi. Overnight in the hotel in Batumi.

Day 7
Breakfast in hotel. A panoramic walking tour of Batumi with a guide

Day 8
Breakfast in the hotel.
Check out. Transfer to Batumi airport.
Happy flight and soft landing!
We will be glad to see you again in Georgia!

Price on a "Group tour to Georgia" 8 days/7 nights. The prices are given per person.

NOTE: The program starts in Tbilisi, ends in Batumi. In case if you want to back in Tbilisi additional fee for transportation by comfortable train or bus is 20 USD.