Tour to Georgia, Armenia and Nagorno-Karabakh | Tours to Artsah

Tour to Georgia, Armenia and Nagorno-Karabakh 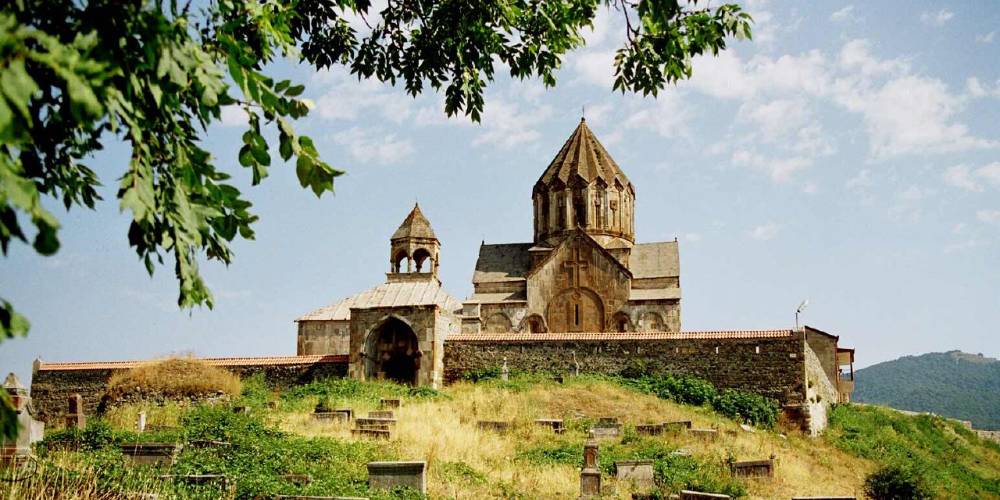 During the tour, guests will have a unique opportunity to see the cultural and historical sights of the two countries. You will walk around Yerevan; visit the Garni temple, the Geghard monastery complex, Lake Sevan, the Tatev monastery, etc. Also during the tour to Nagorno-Karabakh from Yerevan you will see the capital of Artsakh - Stepanakert, Shushi fortress, Dadivank monastery, the ancient city of Tigranakert and much more. In Georgia, you will meet Ananuri, Gergeti, Mtskheta and sunny Tbilisi.

Combined tours in this direction for the Russian tourist are just starting to open and the company “Batumi Travel” is pleased to offer you a real exclusive. These are unique places where everything is preserved almost in its original form. Georgia and Armenia are open-air museums, where you can directly get in touch the antiquity. Travel to the most ancient countries of the world by booking a tour at a low price. Hurry !!!

Excursion program of Combined Tour to Georgia, Armenia and Nagorno-Karabakh

Meeting at the airport in Tbilisi. Transfer to the hotel. Check in.

At 18:00 or 18:30 we will start night Tbilisi walking tour. We will explore the Old Town of Tbilisi after dark. Follow your local guide to see top landmarks including Metekhi Church and the Narikala fortress. Visit the observation deck at Mtatsminda to see Tbilisi lit up at night.

Note: If the flight will delay or guests will get tired, we will conduct night tour next day.

Breakfast in the hotel. After breakfast we will be departure to excursion Mtskheta and Uplistsikhe – this is an unusual tour, which will bring you a lot of pleasure. The ancient capital of Georgia keeps many interesting secrets.

Then we will continue the way to Gori.

Breakfast in the hotel. Place to visit today:

Breakfast in the hotel. Departure to excursion in Sighnaghi and Bodbe. Kakheti is not only wine region of Georgia. Kakheti is also famous with main city Sighnaghi – city of love, city of a fairytale in surroundings of Alazani valley and Caucasus Mountains.

Breakfast in the hotel. At 8 am departure to Georgian-Armenian border, At 10 am meeting at Georgian border.

Overnight in the hotel in Sevan lake.

Overnight in the hotel in Stepanakert.

Overnight in the hotel in Stepanakert.

Afterwards we visit a village in the eastern part of the Syunik region of Armenia – Khndzoresk. The main attraction of the city is the “cave city”.  Here people lived in the caves until 1958. In 2012 there was built “Hanging Bridge” over the gorge that connects the two banks of the old village Khndzoresk. The height of the bridge is 60 meters and its length is 100 metres.

The day begins with a visit the journey to the Tatev monastery (IX-XIII centuries), which is located on the edge of a gigantic canyon. Tatev was one of the most famous spiritual and educational centers of the Middle Ages. The complex can be called one of the most noteworthy places on earth. The ropeway “Wings of Tatev” (the longest ropeway in the world – 5752 m, ranked in the Guinness Book of Records) will carry us over the beautiful Vorotan gorge directly to Tatev monastery.

Overnight in the hotel in Goris.

After breakfast, we visit the pagan temple of Garni, built in the I century by Armenian king Trdat I and dedicated to the god of sun Mihr. According to history, the temple was built on the money of the Roman Emperor Nero. Azat River gorge is famous for its basaltic pillars – the result of a volcanic lava flow.

Next stop is Geghard monastery complex (IV century), which is included in the list of World Cultural Heritage by the UNESCO. Its full name is Geghardavank, literally it is translated as “Monastery of the spear”. The name of the monastery complex comes from Christ Spear (Spear of Longinus), which the Roman soldier Longinus thrust in Jesus Christ. The spear is now kept in the treasury of Echmiadzin Cathedral.

Breakfast in the hotel. Check out. Trip to the  airport
Happy flight and soft landing! We will be glad to see you again!

Price on Combined Tour to Georgia, Armenia and Nagorno-Karabakh. The prices are given per person.